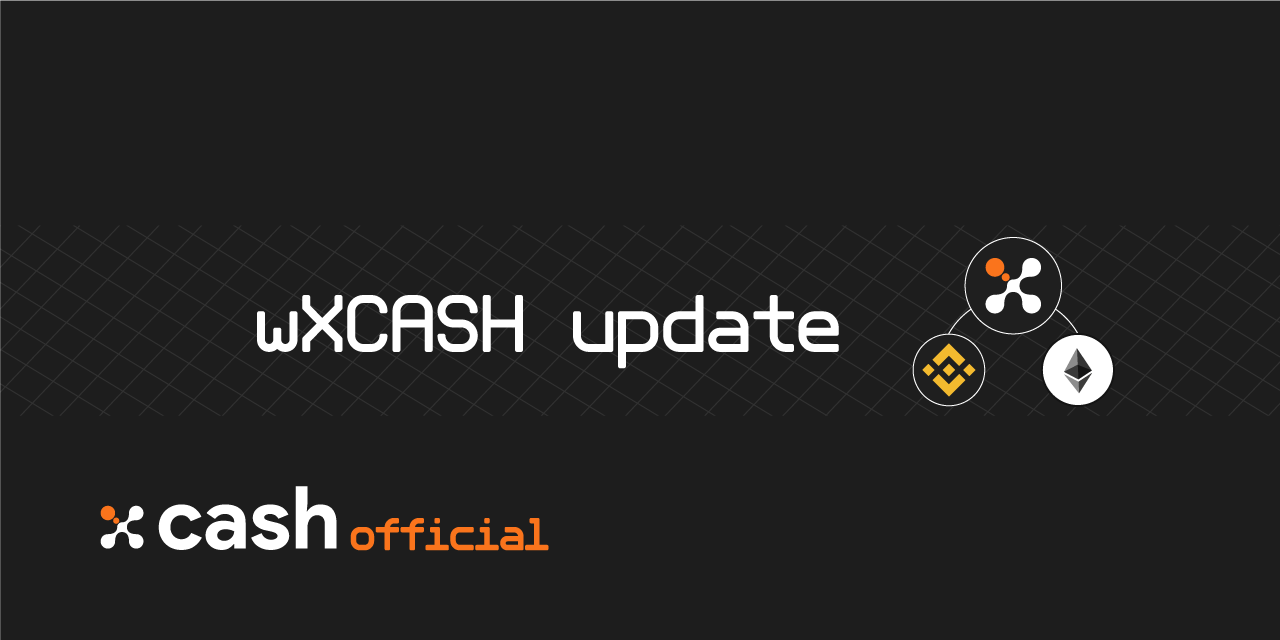 Hello, everyone! I know you are super excited about the possibility to swap XCASH to wXCASH and vice-versa, so I’d like to share a bit of information on the wXCASH project status.

In a few words, it’s a token built on top of ERC-20 / BSC protocols that allows our project to scale up even more by targeting top exchange listings. The token will have a value of 1:1 to XCASH.

So what’s the X-Bank part?

X-Bank will provide the solution as a service and user interface to swap the coins seamlessly. To achieve this, the following components are being implemented:

This is not the whole list because some technical parts are being reworked and will be communicated later on.

wXCASH on ETH versus BSC

BSC (Binance Smart Chain) is a fork of the Ethereum chain. Ethereum virtual machine (EVM) runs perfectly on the BSC, as well as Ethereum smart contracts and dApps work with ease. So from a technical and integration point of view, there is no difference in which chain we run wXCASH on.

So ETH or BSC?

The question is not answered yet but we’ll take into account all the pros and cons and try to find the best solution.

P.S. iOS App work is on a separate track and might become available later than X-Bank Frontend implementation. This way it will not block the launch of the wXCASH swap.

P.P.S. A closed beta test is targeted for this month, stay tuned to get updates on it!